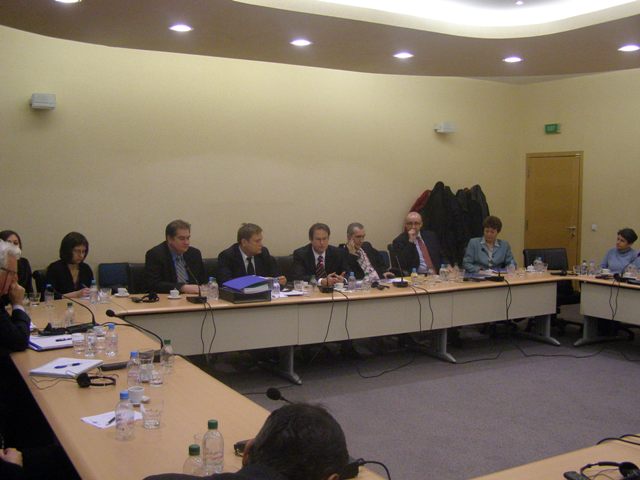 Final meeting of the Management Board of the Project of Technical Assistance to the Public Administration Reform Coordinator's Office in BiH was held on January 18, 2007, in the Business Centre Unitic u Sarajevo. The purpose of this ninth meeting of the Management Board was finalization of this project, financed by the European Commission, and presentation of the final report of the project.

The Project started on September 12, 2005 and concluded on January 12, 2007. It has been pointed out at the meeting that during more then two years the project significantly helped the Office in everyday work, and provided help in drafting strategic documents, strengthening human and organisational resources of the Office, development of the mechanism of coordination with donors and partners in implementation of the reform. The Junior Professionals Programme was stressed as extremely positive segment of the project, through which the Office employed 9 young people without work experience, who gained practice through work and many of them still work today in the PARCO. Significant help was also provided through organization of various trainings and study trips. The representatives of the Office and the donors commended the project and cooperation with the Technical Assistance Team Members and stressed that the project was of great importance, as for the Office, the same for the public administration reform in Bosnia and Herzegovina as a whole.

After the meeting ended, the press conference was also held, which had as an objective to mark the successful completion of the project, as well as again pointing out the importance of the public administration reform in the context of euro-integrations. The attendees were addressed by Suad Musić, deputy state public administration reform coordinator, Folkert Milch, leader of the project of technical assistance and Ferdinand Kopp, the Head of the Sector for Internal Policy and Economic Development in the European Commission Delegation in BiH. They said that the two-year project of enabling and strengthening of a domestic institution for implementation of the reform has been successfully completed and that it represents positive example of donor community aid to Bosnia and Herzegovina. It has been estimated that conditions have been made to seriously go forward with the implementation of this reform, which presents one of the key priorities from the European Partnership.