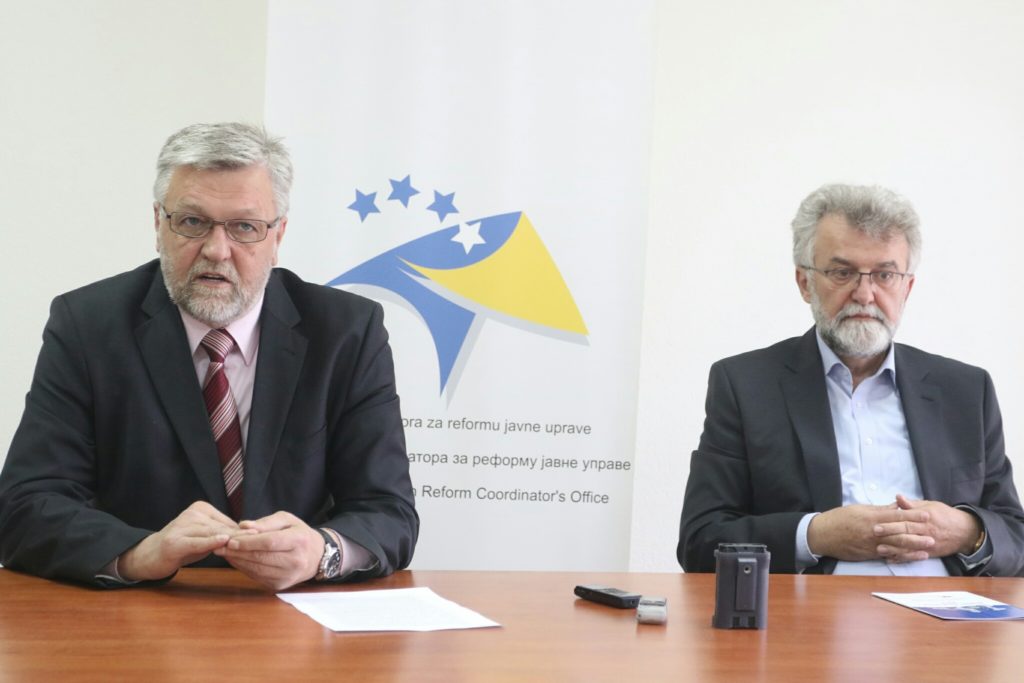 The public administration reform coordinator Dragan Ćuzulan and the director of the Enterprise Development Agency “Eda” from Banja Luka Zdravko Miovčić presented today the budget for citizens of the Public Administration Reform Coordinator’s Office, which was published at the website of the PARCO.

The budget for citizens is a special version of the budget of this institution, written in a simple language, and the content is presented in an illustrative form. It is a simplified version of the PARCO budget, adjusted to the needs of their partners and the users of their services.

– Considering that the budget is a basic tool the government uses to implement their strategic priorities, and that implementation of the policy objectives is limited by the budget resources, public money spending imposes an obligation of transparent work of the public administration institutions and justifying the spent funds – said Ćuzulan.

According to him, the budget for citizens of the Public Administration Reform Coordinator’s Office was made in this form to be for the needs of the beneficiaries of their services.

– In the document that was presented as the budget for citizens, you can find information presenting the budget of the PARCO, how much money was allocated for salaries and allowances for employees, for other types of expenditures such as contracted services, etc. Also, this budget presented the financial information on the projects that are being implemented through the Public Administration Reform Fund – he clarified.

He expressed hope that this document would be of use to the beneficiaries of their services, i.e. that it would improve the knowledge on them and the activities they manage in the process of the public administration reform.

The director of the Enterprise Development Agency “Eda” from Banje Luka, Zdravko Miovčić, said that they try, inter alia, to assist the institutions to achieve a transfer to a good management, and transparency is one of the main characteristics of good management.

Speaking on the budget for citizens, he pointed out that a critical mass of the institutions is being slowly created, which without any force or legal obligation introduce that model in order to be more transparent.