An online panel on improving fiscal and budgetary transparency was held 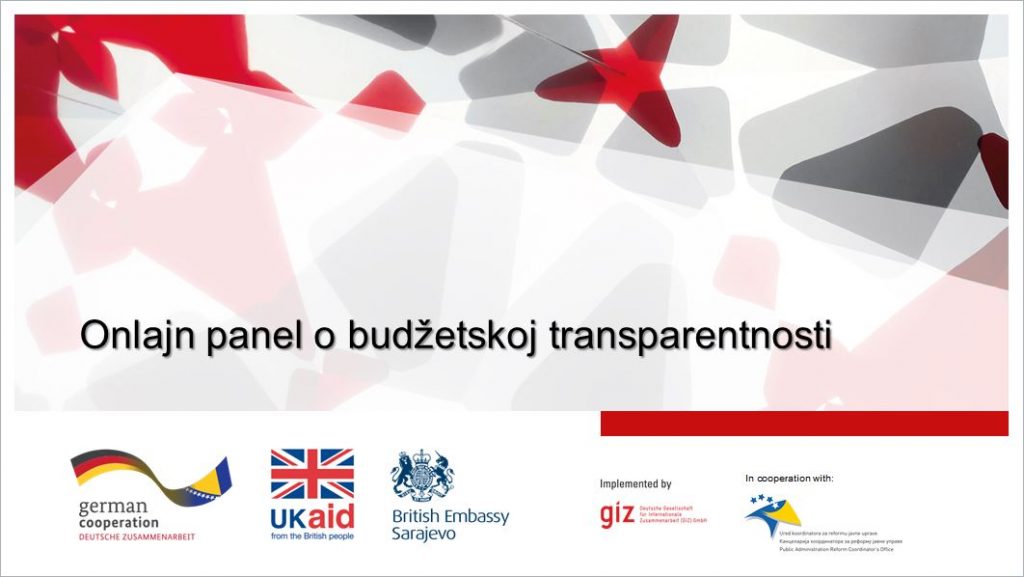 The Public Administration Reform Coordinator’s Office and the BiH Ministry of Finance and Treasury, in cooperation with the Center for Civic Interest Representation – CPI Foundation, held an online panel today on improving fiscal and budgetary transparency, as part of one of the pilot projects of the Public Institutions Strengthening Program. Germany and the United Kingdom are implemented by the German GIZ (Deutsche Gesellschaft für Internationale Zusammenarbeit).

The aim of this online panel was, through active discussion, to get quality suggestions and insights into the positive and negative aspects of the current situation in terms of budget transparency, in terms of timely and adequate availability of budget data to the general public, and the problems and causes of problems. effects on insufficient proactive transparency in this segment. Participants of this online panel had the opportunity to present their views and opinions on the ways and effects of public participation in the budget process in BiH, and in general the opportunities provided to the public to participate in this process, and their views on modalities for improving this crucial inclusion.

The aim of the pilot project ″ Improving fiscal and budgetary transparency ″ is to improve the timeliness, completeness and form of public availability of budget documents, relevant financial and audit reports, and to create conditions for greater public participation in the budgeting process. Activities in this case start from examining and improving the state of budget transparency and public participation in the budget process in BiH, through the development of guidelines for achieving the desired level of budget transparency developed by the joint work of institutions and civil society organizations.

It is envisaged that such a document will be drafted in accordance with the standards of proactive transparency adopted by the Council of Ministers of BiH at the end of 2018, and the criteria of the internationally recognized Open Budget Survey. At the end of the pilot project, the organization of another online panel is planned, with the aim of presenting the prepared document to representatives of institutions, non-governmental organizations, media, academic and business community and donors.

The objectives of this pilot project are in line with the principles of public administration reform in three reform areas – Accountability, Public Financial Management and Policy Making and Coordination.