Soon, new trainings for communicators in public administration in BiH 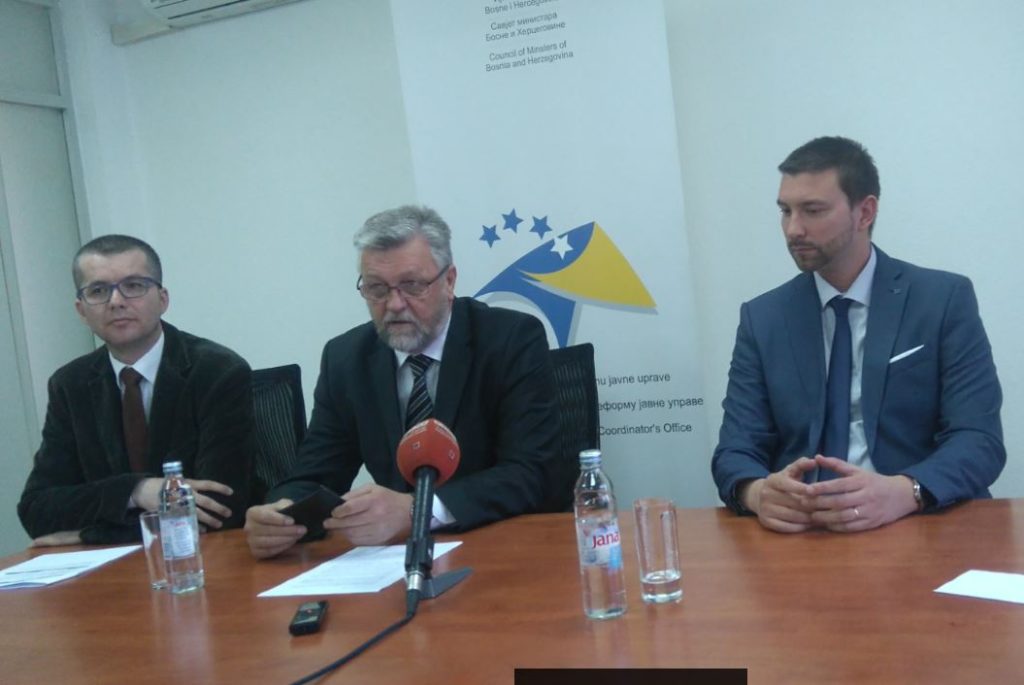 The intention is to analyse through the project the current condition of the capacities of the officers at all four administration levels through research of competences, knowledge, skills of the officers and to implement specialised trainings for officers, all which could have a significance for their individual and professional development – Dragan Ćuzulan, public administration reform coordinator, pointed out.

Ćuzulan pointed out that the public administration should no longer be only the system that provides services and information on services, but it should become an initiator of communication and gatherer of information in a way to develop and modify their services based on everyday communication with the public. That is why an investment in education of officers who deal with public relations is of exceptional significance.

“There is ongoing implementation of the activity defined within a research of competences and skills of the information / public relations officers, and establishment of the training needs from other fields significant for their work. After presentation of the research results, there will be trainings organised and there will be the second theme conference “PR Networking II”, added Nermin Podžić, project team leader.

“Project users will use the acquired knowledge and improve their skills in their future professional engagement. This is the first time that the beneficiaries of the project, and all the civil servants employed on the posts of information / public relations officers, were provided with the opportunity to express their needs, thus directly influencing the contents of the trainings”, concluded Boris Pupić, expert associate for public relations, information and publishing of the Labour and Employment Agency of BiH.

Implementation of the activities of the project contributes to fulfilment of the objectives from the reform area of Institutional Communication of the revised Action Plana 1 of the Public Administration Reform Strategy.