The agreement on census in 2011 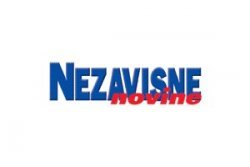 Nezavisne novine: SARAJEVO – The reforms of the Constitution of BiH and police, and the population census and ratification of the Convention on minority languages, were the basic themes of the meeting of members of the legislative commissions of both Houses of the Parliamentary Assembly of BiH with the monitoring team of the Committee of the Council of Europe.

“The members of the Parliamentary Assembly of BiH have expressed the agreement that the population census in BiH needs to be done in 2011, when it will be done in other European countries”, has been stated in the announcement of the Parliament of BiH.

Member of the monitoring team of the Council of Europe, Kimo Sasi was wondering if it is possible to do the police reform without legislative reforms.

Šefik Džaferović, the President of the Legislative Commission of the House of Representatives, has said that the “eventual legislative changes are possible in 2009, in the period between the coming municipal and general elections. Member of this commission, Slobodan Šaraba has said that for changes of the Constitution of BiH it is needed to have a mutual agreement.

Haris Silajdžić, the President of the Presidency of BiH, has said that “from eight international principles by the population census nowhere is insisted on the ethnic norms.”

“Silajdžić has during the conversation with the delegation of the monitoring team said that BiH still needs a High Representative with the Bohn authorities”, has been announced by the Presidency of BiH.

Ana Trišić – Babić, the Deputy Minister of Foreign Affairs of BiH, has said that the change of the Law is needed, but the Law changes in BiH will not happen before the local elections this year. In conversation with the delegation of the monitoring team, she also said that signing the Stabilization and Association Agreement of BiH with the EU contributes to further stabilization of situation in the country.