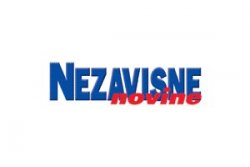 “We will suggest a rebalance of this year’s budget “on less” and see if it will be accepted. For the coming three years we have accepted a framed budget and the expenditures will next year have to fit in about 1,6 billion KM, and the Government and the Parliament will have to choose the priorities”, has been said by Bevanda after the conference of the Government of the Federation of BiH in Sarajevo.

He explained how the profits this year are larger than last year, but the budget has been increased for 300 million KM, which is more than the revenue increase.

The Prime Minister of the FBiH, Nedžad Branković has said yesterday that he expects from the Parliament of the FBiH, to put in the agenda the “Privatization Policy” and “Plan of the priority investments in the FBiH” in relation with its work plan.

He also announced that the Government of the FBiH will next week consider the measures for price control of the oil, the decision of the “Elektroprivreda BiH” on selling the electricity excesses for the next year, and the Law on soldier fund will be considered on some of the next conferences.

The Government has yesterday accepted decision that building of the highway on the corridor 5C through BiH from Svilaj to Odžak and from Mostar to Bijača is the public interest. This is a precondition for beginning of preparations for building of this highway.