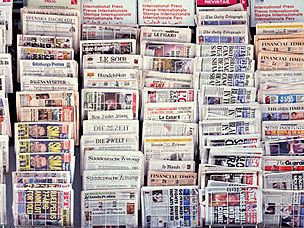 Nezavisne novine: SARAJEVO – It has been several years since the European Commission has set up the priorities for integration of BiH in the EU, but BiH could still not fulfill some of those conditions, has been confirmed by Osman Topčagić, the director of the Directorate for European Integrations of BiH.

“The European Commission does not give up these conditions, but it always puts them in the current European Partnership. It is true that there are some priorities which are several years old. Those are the areas in which is needed the transition of authorizations from the entities to the state. Because of this problem, there are no agreements on them and they are not solved”, Topčagić said.

Two months ago the European Commission has announced the shortened list of 30 priorities on whose fulfillment depends the grade of BiH improvement. The list of 30 priorities is only a part of the total European Partnership. The Government of the RS has recently indentified 25 problematic issues from the European Partnership. Not solving these problems will affect the improvement in all other areas.

“It is important to explain that 30 priorities of the European Commission are only one part of the total European Partnership, the Government of the RS has separated from the whole document. It is obvious that the political agreement on the ways of solving them, would be needed, but we have to know that the EC insists on their implementation”, Topčagić has said.

The Council of Ministries of BiH has not succeeded for more than eight months to agree the action plan for implementation of the whole European Partnership.

“The Action plan of implementing the regulations of the Interim Agreement and the Stabilization and Association Agreement has been accepted in July. The Council of Ministries of BiH will have on the agenda the action plan for realization of priorities from the document European Partnership once the Directorate for European Integrations delivers it for adoption”, has been concluded by Aleksandar Obradović, the Advisor of the Chairman of the Council of the Ministries of BiH.

He also mentioned that it has been concluded earlier that the suggestions of both action plans need to be agreed with the representatives of the entities prior to their submission to the Council of Ministries of BiH.