Regulations of the European Union only in Bosnian language 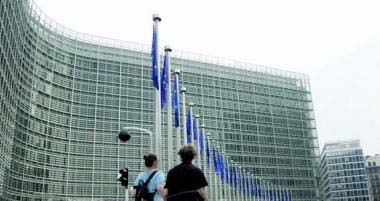 Dnevni avaz: Bosnia and Herzegovina is getting ready for the beginning of translating the acquis communautaire of the European Union, which is one of the most complicated obligations and the most difficult technical works of BiH on the European path.

The Directorate for European integrations of BiH is already working on the preparation of this complex work in which there is almost hundreds of pages of juristic regulations of the European Union from many areas. These areas are directed by collective regulations of the Union and they need to be translated in local languages.

Information about this will soon be found before the Council of Ministries of BiH, “Avaz” informs.  Director of the Directorate, Osman Topčagić says that BiH will right away start doing this work so that we do not get late with this in later phases.

This work is very voluminous and it needs to be well organized and coordinated, and in cooperation with the relevant offices and institutions of the European Union – says Topčagić.

We are unofficially informed that this process in case of BiH could present a problem if some political forces misuse it in political and pre-elective purposes. BiH needs to ask the European Union for the license for translating the acquis communautaire in the official language. Since BiH has three official languages, Bosnian, Croatian and Serbian, it will not be possible to get the license for all three. For translation of the acquis communautaire on Croatian language, Croatia has received the license and for translating on Serbian, Serbia. In respect to that, BiH can only ask for license to translate it to Bosnian language. This should not be a problem, unless this question becomes an object of politics, which is hard to expect. It is said that BiH would anyway cooperate with neighboring countries which have already moved away from translation of regulations of the EU. This would make this voluminous work of translating much faster and easier.