National PAR Coordinator announces: the most painful part of the public administration reform in BiH is yet to come 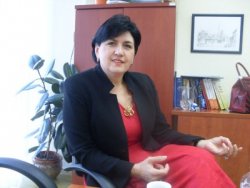 In an interview for the Press RS, Semiha Borovac denies the speculations on irrational spending of funds and an excessive number of employed in the Public Administration Reform Coordinator’s Office.

– Implementation of the public administration reform requires significant funds, which we ensure through donations of several European countries and the European Commission. Those funds are to be paid in the specific Public Administration Reform Fund, which functions by the procedures determined by the Member States and adopted by the Fund. Those are strictly controlled funds and neither transaction is to be done before the project phase, on whose realization is to be decided through consensus by representatives of all administration levels, including both entities and the Brčko District of BiH, is finished. Those funds are to be passed through the budget of the Public Administration Reform Coordinator’s Office and all the payments are a subject of state and international audit, if demanded by donors – has been explained by Borovac.

What are the affairs your Office deals with?

What is the essence of reform being implemented?

How much do you pay for renting office premises?

– For this building, 12.000 KM for around 600 square meters is being paid per month.  If there was a room for us in the Institutions of BiH building, we would gladly sit there.

For realization of public administration reform projects, engaged are the companies that do not belong to this office. Why is that?

– It is about the projects for whose realization our office is not enabled, but we are here to monitor their realization. For the projects that follow the European standards fully, engaged are consultancy companies and experts who must prove their possession of certificates and experiences in such affairs. The fact that we have not received the completed projects from foreigners is good for the public administration reform. We have done those projects by ourselves, according to our needs.

– We speak of the six pillars of reform, which should enable the administration for preparation of policies, programs, good laws, application of informatization, spending public revenues in a more transparent way and proper budget planning. Administration must acquire the skills and knowledge of the EU administration. That is the reason why we always say that the public administration reform is a precondition of BiH accessing the EU. If we want to the EU, we must submit the receipt that we have enabled our public administration for work by the principles and standards of the EU.

Who and to what extend has progressed in reforms?

– We are all half way in that process. The best result in all areas has the Brčko District of BiH so far, and then the RS.

Is it being worked on reducing a huge administration, especially in the Institutions of BiH?

– It is a project that will start with 2012 and it will determine a number of employees in civil service for each type of affairs. We will get to the point when we say who is considered a civil servant. This part of the reform will really be the most painful because once we establish a criterion; we will eliminate all those who do not satisfy determined conditions to work in certain affairs in civil service. This process should be finished by 2014.

Do we have the efficient and responsible public administration today?

– We don’t! It has already been several years since reports of the European Commission have started showing a lack of progress in the public administration reform, especially when speaking of the administration. We still speak of politization by employing and progressing in civil service.

Starting with 2014, will the rules and criterions be more important from belonging to a certain party?

– I think it will. We will create such criterions starting with next year already. The middle of 2012 will bring first evaluations of work of civil servants by new rulebooks that have been adopted by governments at all levels.